In December 2021, Malaysia suffered one of the worst floods in recorded history. Insufficient early warning of the torrential rain and the uncoordinated and slow response of rescue and relief efforts provided by the authorities were factors that contributed to the public's fury.

In December 2021, Malaysia suffered one of the worst floods in recorded history. Insufficient early warning of the torrential rain and the uncoordinated and slow response of rescue and relief efforts provided by the authorities were factors that contributed to the public's fury. Prime Minister Datuk Seri Ismail Sabri Yaakob explained that rescue teams had faced difficulties in getting into Taman Sri Muda in Shah Alam as floodwaters had risen rapidly. Rescuers were unable to carry out their work as the roads were blocked by stranded vehicles. Reportedly, the teams could not respond to victims stranded on rooftops as they could not see the road signs that had been submerged.

One of the many challenges of responding to a natural disaster is the difficulty of determining the location and extent of the damage. Locating victims to effectively mobilize rescue and relief efforts is also a pressing issue. It is globally recognised that the probability of finding survivors is highest within the first 72 hours following a disaster. So, the slow rescue and relief efforts caused grave concern that the death toll and damage to property would escalate. As floods become more severe and more frequent, the government at district, state and national levels ought to embrace and invest in advanced technologies that are revolutionizing disaster management. Disaster response drones can also be outfitted with thermal imaging cameras and spotlights. This allows relief workers to locate heat signatures that are otherwise invisible to the naked eye. In April 2022, severe flooding and landslides struck the KwaZulu-Natal (KZN) and Eastern Cape provinces of South Africa. Due to the challenging terrain and inaccessibility of the region, the South African National Defence Force (SANDF) is using drones to help gather intelligence and capture aerial photographs to help analyze and assess flood-damaged areas. 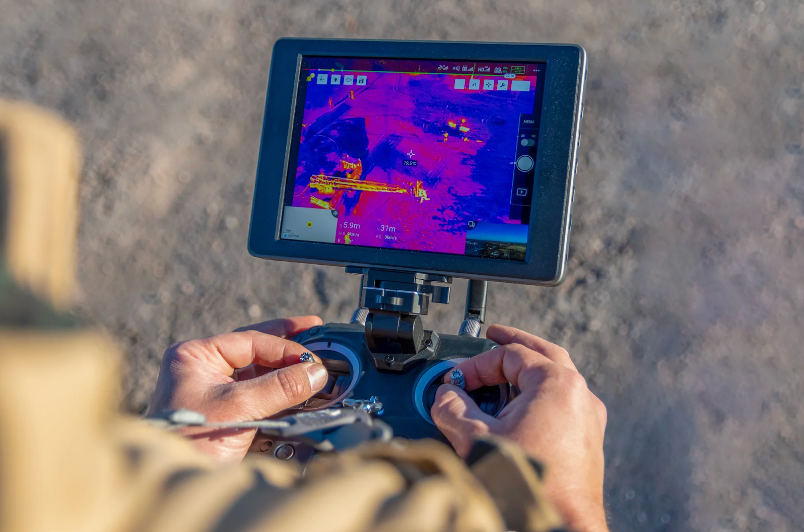 Vitally, UAVs' ability to entail real-time aerial imagery and surveillance builds the possibilities of live tracking to comprehend ground situations. Acutely, quadcopters and drones foster and cultivate the capability to access remote areas and sites aerially, providing pressing benefits and merits. Mapping on 3D scales is attributed to, primarily, acquiring data and information. In association with disaster control, data would be in the form of GPS coordinates, tracking information, and aerial imagery of landslides, tsunamis, floods, forest fires, and more. These data forms are then mapped onto 3D scales that enhance disaster locations' clarity towards improved quality. In this regard, drones can be used to pinpoint the location of victims, damaged sites, buildings, floodplains, emergency service resources, and disaster relief sites.

Another reason that proves how valuable UAVs are in disaster management is their ability to deliver emergency supplies. Emergency supplies encompass first aid, fast-acting medicines, and small tools for help such as ropes, and flashlights. Furthermore, drones also have the ability to transport food supplies and energy-inducing supplies. In May 2020, drones were used to deliver COVID-19 test kits and PPE supplies to those in need in the remote Scottish Highlands. Delivery times were drastically reduced from up to six hours by road and ferry to just 15 minutes via drones. In 2014, Doctors Without Borders used drones to transport medical samples in their efforts to combat the Tuberculosis Epidemic plaguing Papua New Guinea's remote Western Province.

For these reasons and more, the breadth of use of drones in emergency and disaster response situations has been rising. This forward-thinking unmanned technology has vast potential. It is already proving its ability to save lives and prevent damage in dire situations.

Providing you with the best custom design, modification and integration of Unmanned Aircraft Systems and Unmanned Ground Vehicle solutions.

Drop us an email