Alphaswift Industries received approval from the National Technology Innovation Sandbox (NTIS) and completed over 1,000 flights, covering 400 hours over an accumulative distance of over 10,000 km of drone cargo delivery pilot test flights, between December 2021 and April 2022.

In November 2021, the assembly and production of our 2 E616 UAVs began. We conducted our aircraft design and purchased essential parts for fabrication and assembly. The software team also developed an Unmanned Traffic Management tool for internal use. This tool strictly adhered to the international standards as recommended by the Civil Aviation Authority of Malaysia (CAAM).

In December 2021, the assembly had been completed and subsystems tested, and put through quality assurance testing. To meet our needs, we collaborated with a drone cargo box supplier to have two custom-made cargo boxes. Our flight crew was also fully equipped with the necessary training on safety, operation, and maintenance.

In January 2022, the operation got underway. We had accomplished more than 40 hours of flight time without any untoward incidents at DRZ Iskandar, Johor.

In February 2022, we successfully accumulated more than 70 hours of flight time. A-Check and B-Check maintenance were carried out to make sure all parts were still in good condition. We were also involved in a drone delivery showcase at the DRZ launching event on the 20th of January 2022 that saw the attendance of some prominent figures including Dr. Adham Baba, then Minister of Science, Technology, and Innovation (MOSTI).

In March 2022, we successfully accumulated more than 140 hours of flight time. This was a satisfactory feat, but we were pursuing a higher level of performance excellence. Therefore, under the guidance of the company CEO, Dr. Shian Lee, we employed the Lean methodology in our operation to increase efficiency and productivity. Two significant decisions were made after applying the Lean technique in our operation. Firstly, a weather station was built to log weather information and decide if it was safe for flight as weather conditions in Johor were inclement. Secondly, a Ground Control Software was developed to replace the Google Forms we used for data collection. Previously, it took us about 120 seconds to measure and record the wind and temperature. We cut that down to just 2 seconds. Our operation was now operating at three times higher efficiency. We knew this to be true as April alone saw us logging almost 200 hours of flight time without any mishaps at the DRZ. 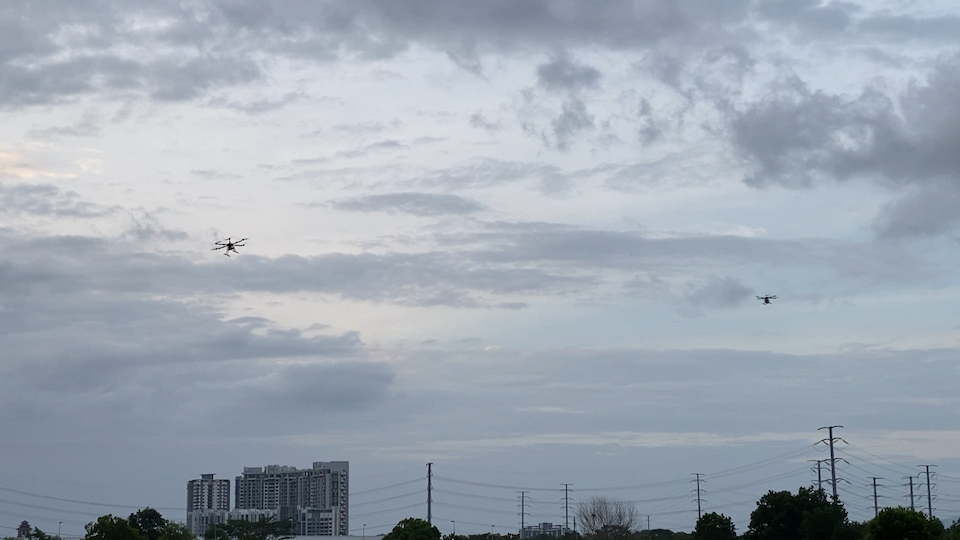 In May 2022, we managed to accumulate more than 300 hours of flight time This was made feasible mainly because we were granted permission by CAAM to fly between 8 am and 11 pm. That's right! We were allowed to conduct night flights. This would mean that air delivery of parcels around the clock wouldn't be a far-fetched idea. In a good week, we were able to accrue up to 50 hours of flight time. A-Check and B-Check maintenance were carried out, as usual, to make sure all parts were still in good condition. The drones' flight endurance was also tested with a full payload range of 1 to 5 kg. Our drones have proven to be able to carry up to 5 kg of payload across up to an 8-km (5-mile) range. Flights without payload can reach up to 13 km (8 miles).

On the 30th of May, we completed our 400 hours of flight. It was a successful experiment and we triumphantly captured every piece of information that had occurred during the flights. To more effectively analyze the data of the completed flights, the collected flight data, consisting mostly of binary encoded data, had to be wrangled, cleaned, and visualized. 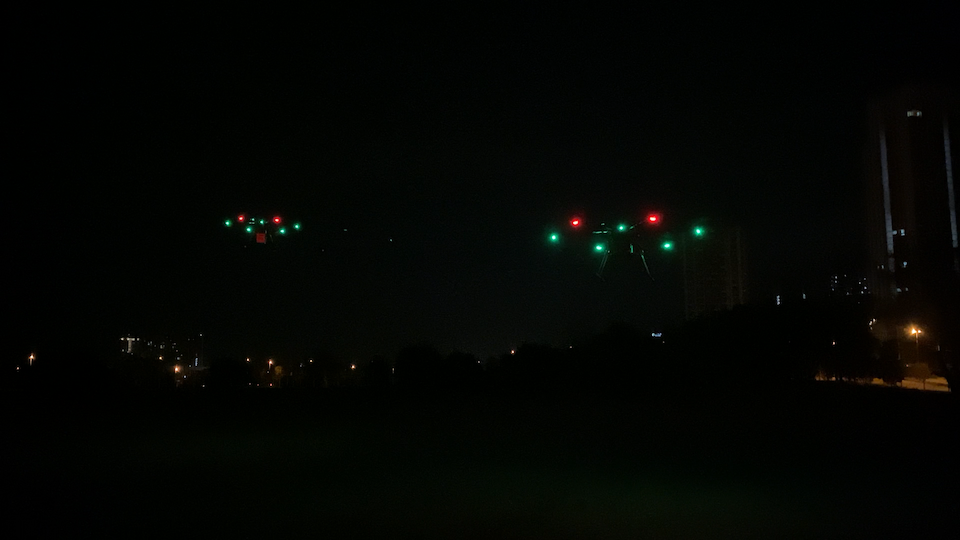 From the collected data, we successfully gleaned a good amount of practical business insights and valuable flight information. We were fortunate to have collected 401.8 hours of flight time and 11242.71 km of distance. From these flights, we have also exhibited the relationship between payload, distance, speed, and cost of the flight. The cost per kg per km values have allowed us to deduce what would be the ideal cruising speed for all our future cargo delivery missions. This would set the benchmark for cargo delivery by UAVs soon as it is not enough to get a machine up and running. We must also harness the power of data for maximum work efficiency.

Our heartfelt gratitude to the Malaysian Research Accelerator for Technology & Innovation (MRANTI), CAAM, and NTIS for making this dream a reality.

Alphaswift is ready to take your packages to the sky!

Providing you with the best custom design, modification and integration of Unmanned Aircraft Systems and Unmanned Ground Vehicle solutions.

Drop us an email